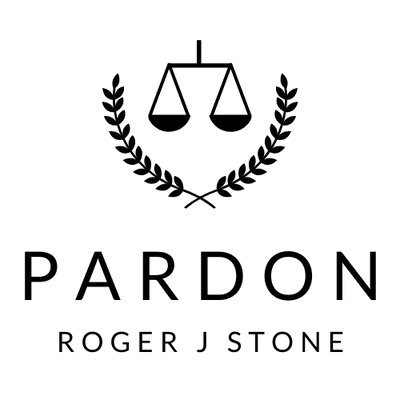 Stand up for Roger!

A legendary Republican political mastermind, Roger Stone has worked with President Trump for more than 30 years. Roger Stone stood up for Donald Trump. Now America should stand up for Roger Stone. Please take just a few seconds to help by signing the petition to pardon Roger Stone!

Our committee is raising the money for Roger Stone's legal appeal and to support his wife Nydia during his incarceration. We are also gathering signatures on an official petition and hoping to work with the president and the White House on a PARDON for ROGER STONE.

The Stone Pardon Committee is chaired by former Trump campaign advisor and political strategist Michael R Caputo. The team is comprised of family, close friends, and associates of Roger J. Stone, a longtime friend and advisor to President Donald J. Trump. Roger was found guilty of process crimes growing out of the Russia investigations, known today to be a political prosecution, an illegal partisan attack to end Donald Trump's presidency. We all agree: President Trump should pardon Roger Stone.

Each member of the Stone Pardon Committee has one thing in common: we see a grave injustice being done to Roger Stone. We came from all walks of life, all corners of the country, and organized in January 2020 to stand up for Roger and the Stone family in their greatest time
of need.

Our mission is to humbly encourage the President of the United States to show mercy on Roger Stone and pardon him as soon as possible. We will also work together to raise money for his legal expenses and to take care of his family if he languishes in prison.